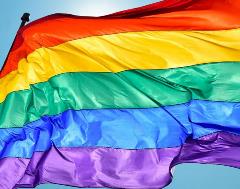 “The HEI Leader designation for both of Tenet Healthcare’s Central Coast hospitals signals to the communities we serve that we are serious about ensuring the care we provide is equitable, in an environment that is welcoming and affirming. We sought this challenging designation not because we had to, but because we wanted to,” said Mark Lisa, the CEO of both hospitals. “In an era of so much violence and hate, separatism and division, we are venues of solace, respite, reason and succor. We want to take a leadership position in San Luis Obispo County in ensuring equality for all in healthcare that is culturally competent and patient-centered to all people regardless of race, ethnicity, religion, gender, gender identity or expression, national origin, age, disability or veteran status.”

An important component in achieving the designation was the establishment of a LGBTQ Healthcare Advisory Council, first for Twin Cities in 2016 and then encompassing both hospitals. The council is made up of hospital employees and community members whose mission is to create a respectful and dignified care environment for all patients. In addition to patient advocacy, the council also strives to engage and support the LGBTQ community with educational workshops, community forums and local LGBTQ events.

“The healthcare facilities that participate in HRC’s Healthcare Equality Index are making clear that they stand on the side of fairness and are committed to providing inclusive care to their LGBTQ patients,” said HRC President Alphonso David. “Going beyond inclusive non-discrimination policies, these healthcare facilities are adopting best practices in the areas of LGBTQ patient care and support, employee policies and benefits, and LGBTQ patient and community engagement. We commend all of the HEI participants for their commitment to providing inclusive care for all.”

The 12th edition of the HEI assesses participants on four criteria: Non-Discrimination and Staff Training, Patient Services and Support, Employee Benefits and Policies, and Patient and Community Engagement.

In the 2019 report, 406 facilities, including both Sierra Vista Regional Medical Center and Twin Cities Community Hospital, earned HRC’s “LGBTQ Health Care Equality Leader” designation, receiving the maximum score in each section and earning an overall score of 100. Another 148 facilities earned the “Top Performer” designation for scoring 80 to 95 points. With 81 percent of participating facilities scoring 80 points or more, healthcare facilities are demonstrating concretely that they are going beyond the basics when it comes to adopting policies and practices in LGBTQ care.

The progress reflected in the 2019 HEI includes:

The Human Rights Campaign Foundation is education arm of America's largest civil rights organization working to achieve equality for lesbian, gay, bisexual, transgender and queer people. HRC envisions a world where LGBTQ people are embraced as full members of society at home, at

Need a doctor for your care?

Use Our Physician Finder

Get our advice and upcoming events about weight, pain, heart and more.